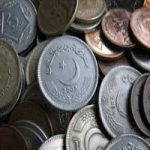 Master Raja Fiyaz of Pakistan Mint told while giving briefing to Senate Standing Committee of Finance that Prime Minister Nawaz Sharif has approved to issue ten rupee coin. He also told that coins usually remain 20 to 30 years more as compare to currency notes as currency notes lasts for only 6 months. It is worth mentioning here that current machines in the Pakistan Mint are 100 years old which are used to prepare 90 coins per minute while new machines prepare 800 coins per minute. Ten rupee coin can cost at three rupee to government as five rupee coin usually costs at 2.5 rupee to Pakistan government, he added.

Moreover, Raja Fayaz also revealed that no one Minister or Secretary made their visit to Pakistan Mint in the history. However this step of government is going to decrease the value of Pakistani rupees by issuing coins of currency notes.