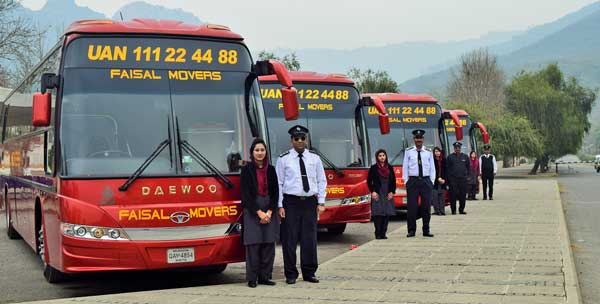 Many companies provide transportation services in Pakistan which includes Faisal Movers. It is known for affordable ticket price & fares, luxurious service & online booking  which makes it among the top 10 list for 2020.

Faisal Movers not only provides passenger services but also cargo and tourism services making it a brand name in transport system.

The ticket prices from Lahore to other cities of Pakistan is as follows:

The ticket fares from Islamabad to different cities are as follows:

The ticket charges of Faisal Movers from Karachi are:

They passenger service is of multiple types such as Standard, Business Class & Executive for which the charges are different.

The ticket price of different routes for Business Class are higher than above mentioned rates.

Buses of Faisal Movers are equipped with Wi-Fi & LED while refreshment is also served during the travel. Such services are not available in most of the passenger buses. 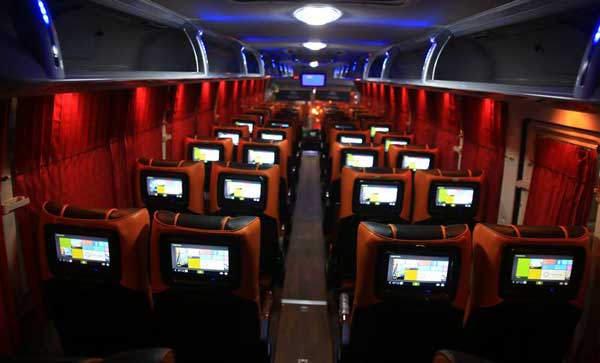 Another reason why passengers prefer Faisal Movers is that they provide multiple timings for each destination. The option to choose from multiple time slots helps the traveler to plan things easily. 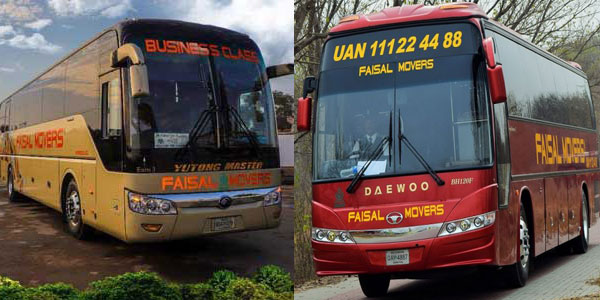 The fleet of Faisal Movers consist of two types of buses which are Daewoo and Yutong. The Daewoo buses are used for standard services while Yutong are for their Executive and Business Class.

Faisal Movers is among those few coach services in Pakistan which has their own dedicated terminals in many cities and highways. Some are state-of-the-art terminals with air conditioned waiting area. 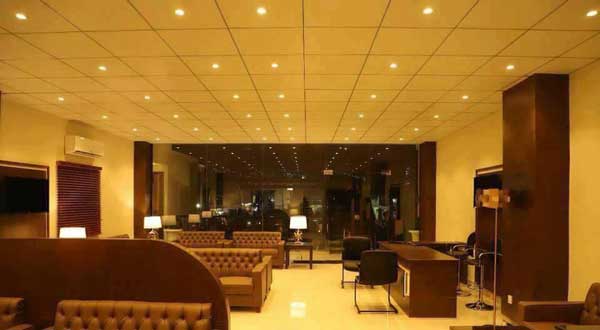 The terminals in different cities with locations & Phone Numbers are as follows:

Advance booking is possible through the online facility of Faisal Movers through bookkaru.com. You can also book your tickets by visiting any of the above mentioned terminals.

Faisal Movers was established in 1994 by Khawaja Muhammad Akbar and Khwaja Ahmad Shahzad. Initially it provided service in just one city but soon it emerged as a major player with a base of 300,000 monthly passengers and large number of fleet.

Within few years it became the prominent passenger services in major routes of Punjab such as Faisalabad, Lahore, Rawalpindi, Multan, Sargodha and Bahawalpur. Later other routes commenced such as Karachi, Peshawar and Dera Ghazi Khan.

It’s a competitor to Daewoo Express and Skyways though the destination and prices are different for certain areas. 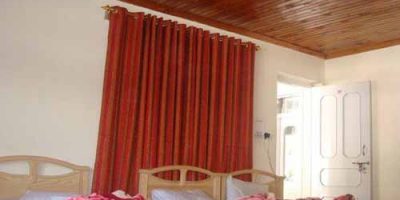 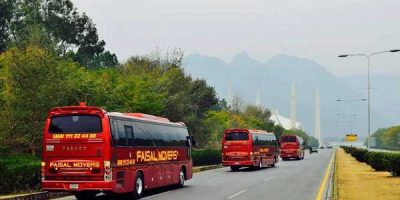 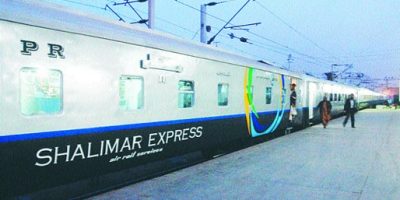 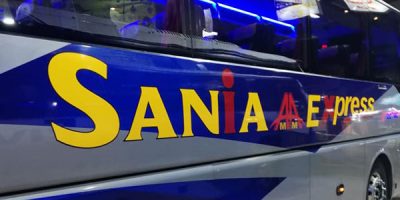