Orya Maqbool Jan while speaking at a talk show said that if there’s any punishment from God on Pakistan, KPK is saved from it by approving an ‘Interest free Province.”

Orya Maqbool Jan has said the resolution that Khyber Pakhtunkhwa (KPK) Assembly has passed for an interest free province has gave them the insurance from God’s Punishment.

He said that to implement this law, KPK Assembly has also passed a bill which puts heavy penalty on individual interest loans, which are imprisonment form 3-10 years and 1 million charge fees. 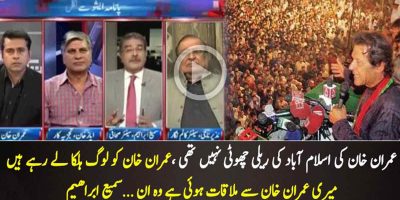