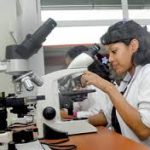 The elected committee will take 10 days to give its suggestions to the Punjab Government. According to sources, there was no fixed quota of seats for the overseas Pakistanis in the government colleges overlooked by the department of health. This means that majority of the students were deprived of the admissions in the medical colleges. The people settled in the Middle East specifically suffered losses as they were unable to secure admissions in the medical colleges of Pakistan.

The Punjab Government has hence decided to fix a quota of seats for the overseas Pakistanis. According to the notification circulated in this instance, the committee members also included MPA Rana Arif, MPA Dr Nadia Aziz, Secretary Treasury, Secretary of Health Punjab, Vice Chancellor of King Edward Medical University and Vive Chancellor of University of Health Sciences. The seats will be fixed in the various government medical colleges and the students will be able to secure seats on the basis of self finance.